Where Europe checks the Silver Price 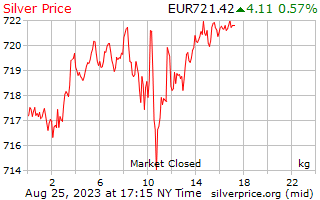 1 Day silver Price per Kilogram in Our Euros 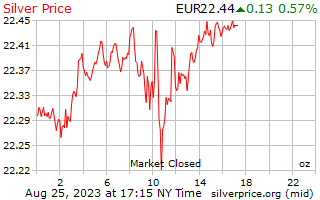 1 Day silver Price per Ounce in Our Euros 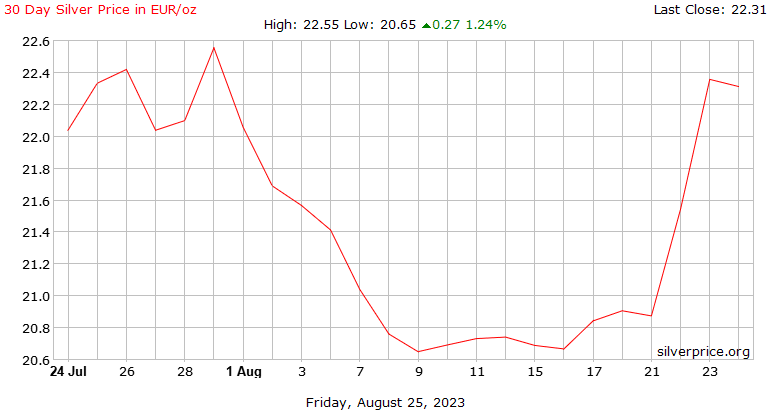 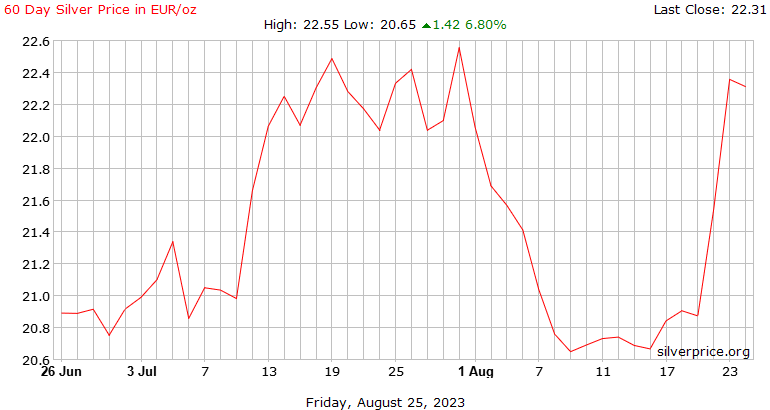 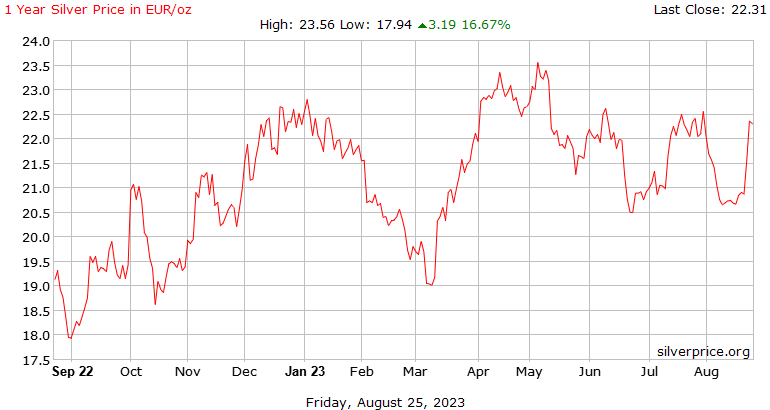 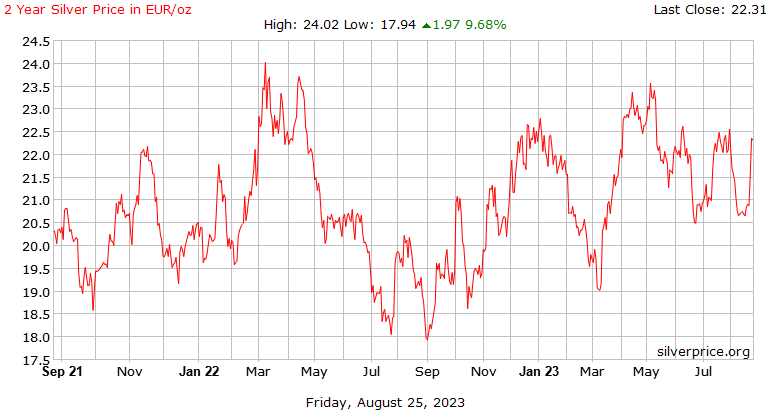 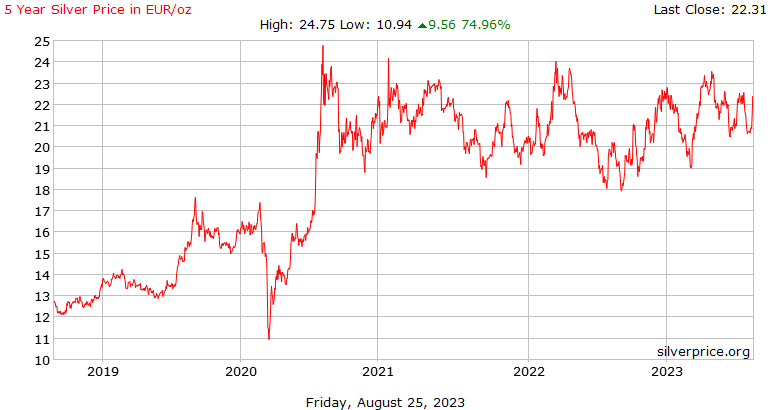 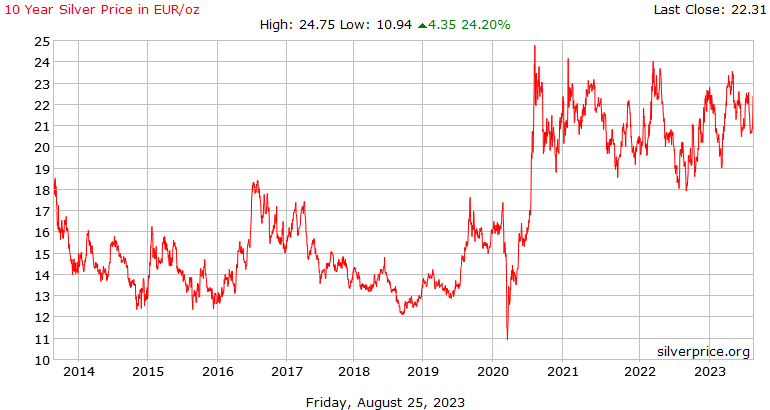 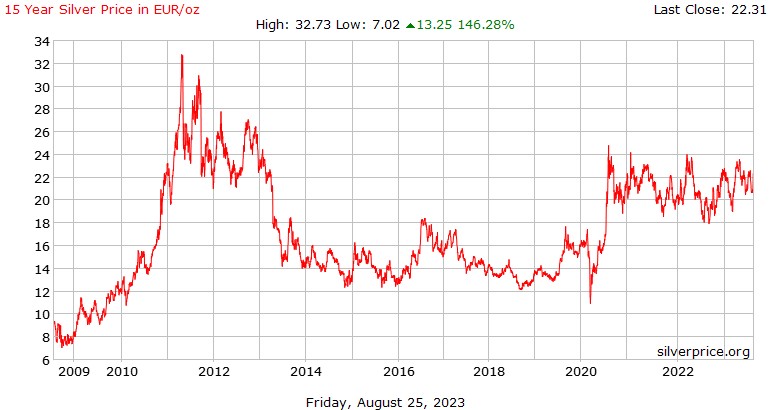 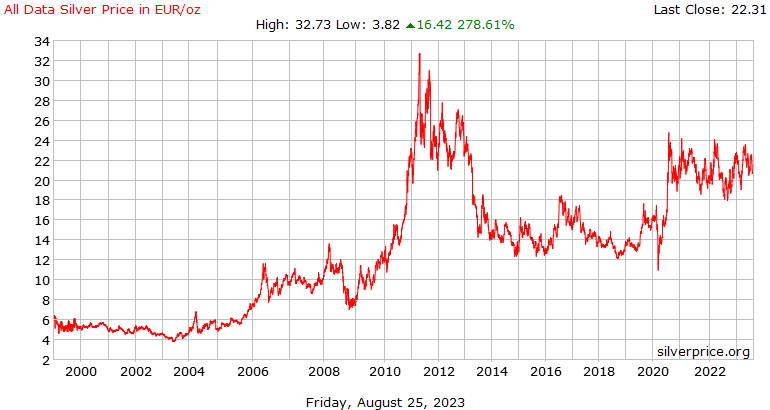 All Data Silver Price History in European Euros per Ounce

Europe covers a land area of almost 4,000,000 square miles, and the continent has approximately 50 sovereign states. Europe has a population of some 741 million people, and the region has played a key role in global affairs for thousands of years. Europe is known for its long and significant history, and the continent is a very popular tourist destination featuring many different cultures and physical landscapes.

The European Union is an economic and political union that was formed containing 28 member states. The idea of the EU was to facilitate the free movement of goods, services, people and capital from country to country. This was accomplished by enacting a common set of laws that each nation must apply. The EU established a monetary union as well in 1999, and in 2002 the euro currency began being used as the shared currency of the region. Not all EU members have adopted the euro, however, and some countries like Switzerland have maintained their own separate currency. 19 member states in all use the shared currency. More EU members could eventually choose to abandon their own currencies for the euro.

The euro has been very popular since its introduction, and is the world’s second largest reserve currency behind the U.S. Dollar. It is also one of the globe’s most heavily traded currencies. The euro, like the dollar, can be subdivided into 100 cents.

The euro currency is issued and controlled by the European Central Bank, or ECB. The central bank was established in 1998, and is headquartered in Frankfurt, Germany. The ECB not only issued and manages the shared currency of the union, but also promotes price stability within the region. The ECB, unlike other typical central banks, is set up much like a corporation, with its member states acting as shareholders.

The European Continent has numerous government mints and private refiners. In fact, European bullion products can make a great addition to any coin collection or metals portfolio. Many of these products are designed to celebrate key events, figures, rulers or other matters of historical significance.

Demand for silver in Europe could potentially see increasing demand as European industries and economies grow. Silver is utilized in numerous industrial arenas, and new potential uses for the metal are likely to be discovered. The metal is already used in such arenas as solar energy production, chemical production and electronics.

Investment demand for the metal may also increase. The European sovereign debt crises that began in 2009 rattled European financial markets and had a bearish impact on the euro currency. Metals like silver are being used in portfolios as a diversification tool as well as for their potential ability to hedge against economic or geopolitical issues such as inflation, deflation and declining fiat currency values.

The metal can be purchased at local coin and bullion shops, as well as from online dealers and even directly from mints or refiners. Silver can be bought in numerous forms for investment purposes, including bullion bars, bullion coins, collectibles and rounds.