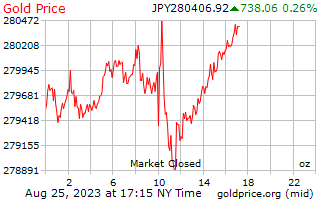 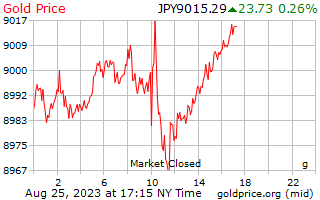 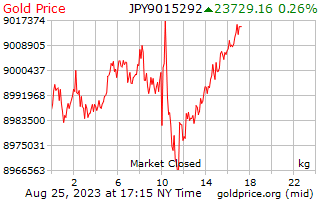 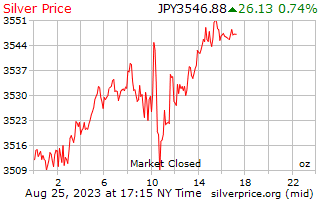 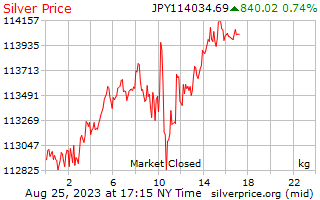 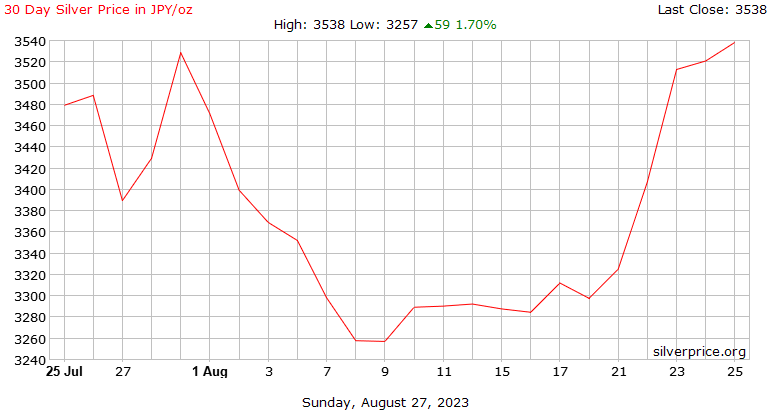 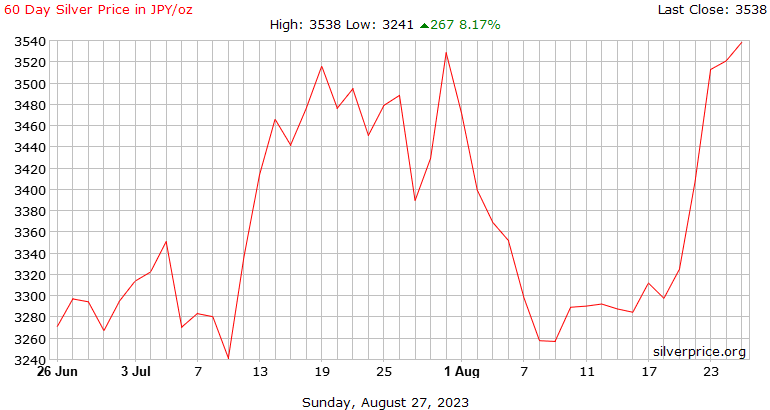 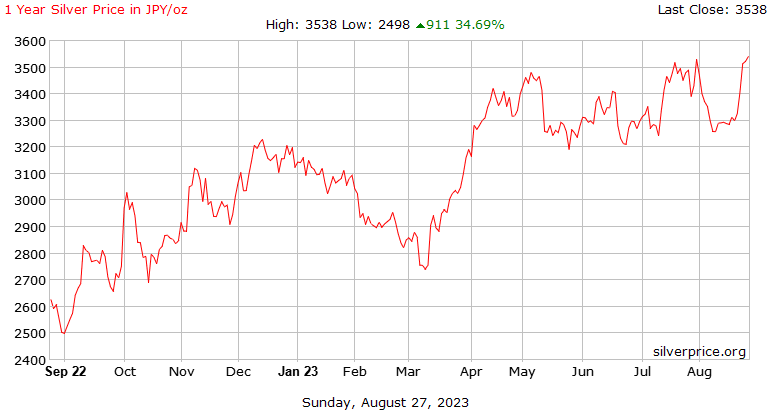 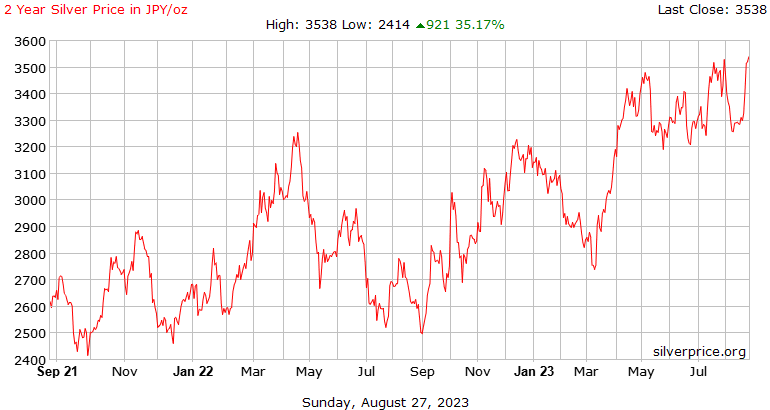 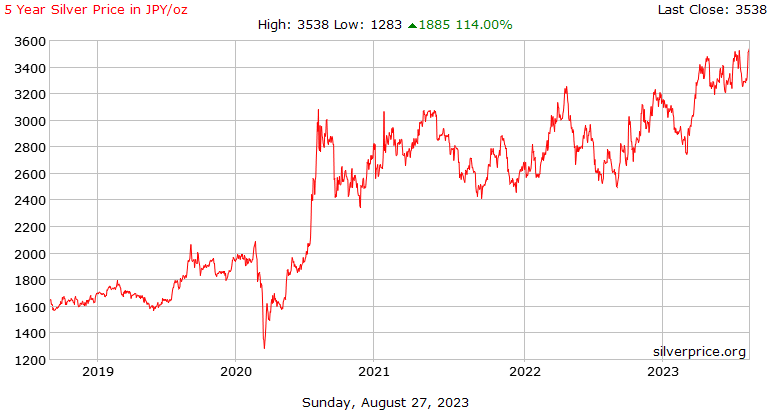 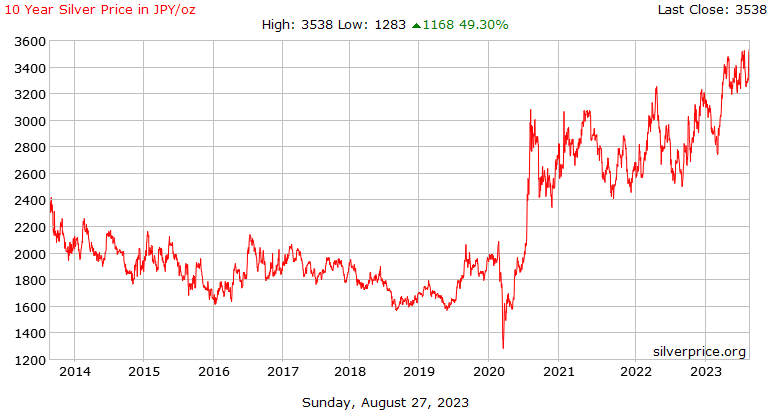 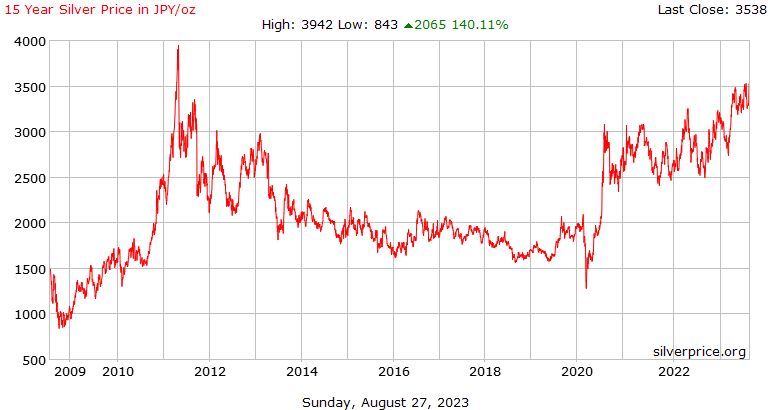 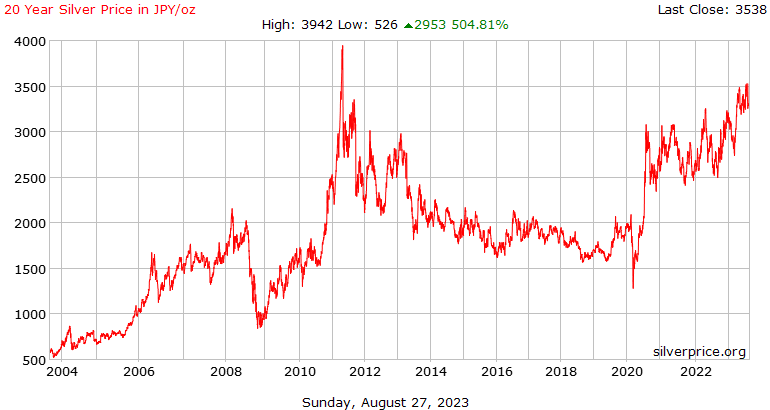 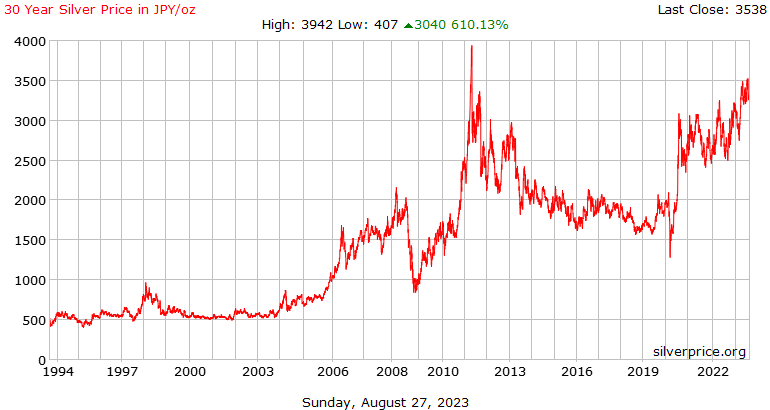 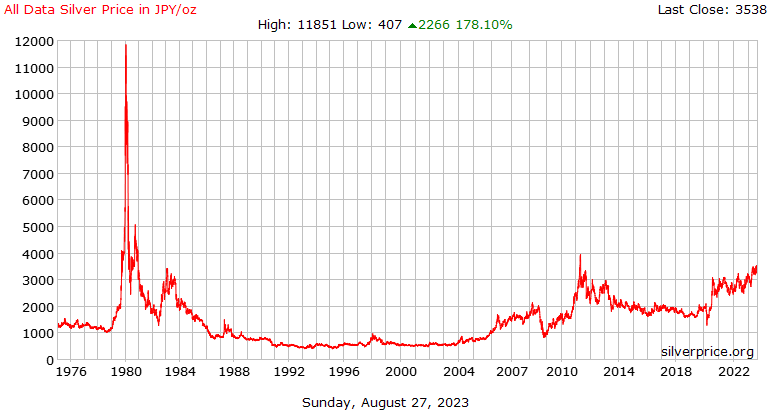 All Data Silver Price History in Japanese Yen per Ounce