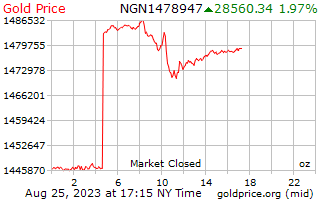 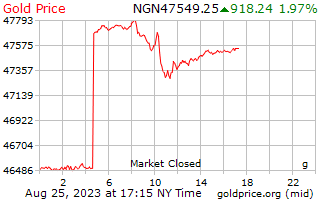 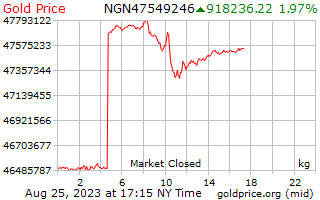 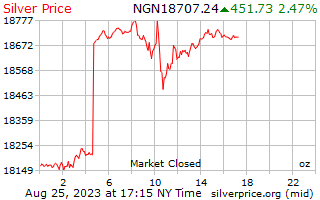 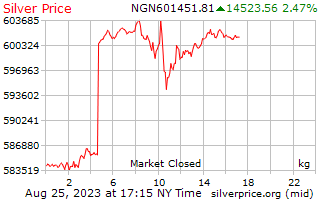 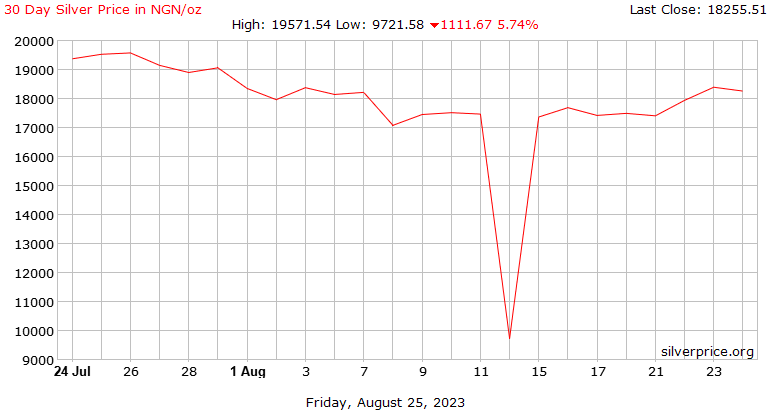 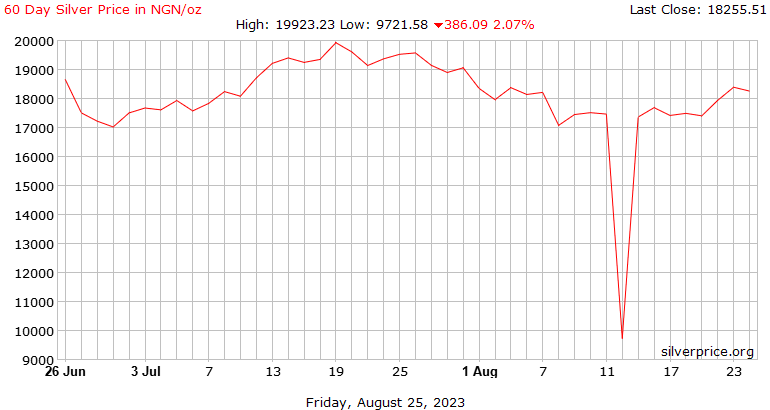 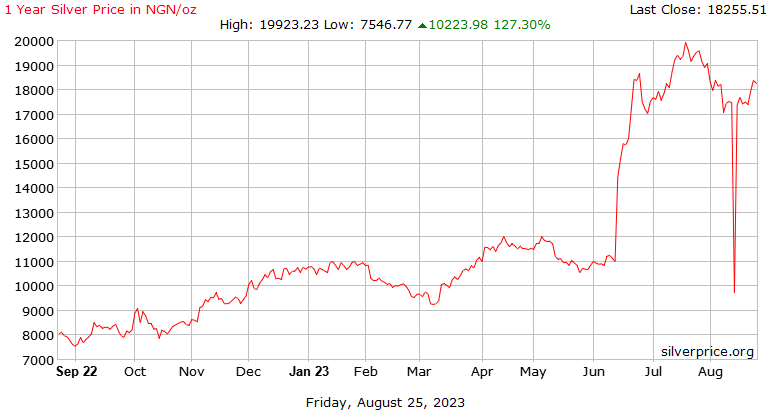 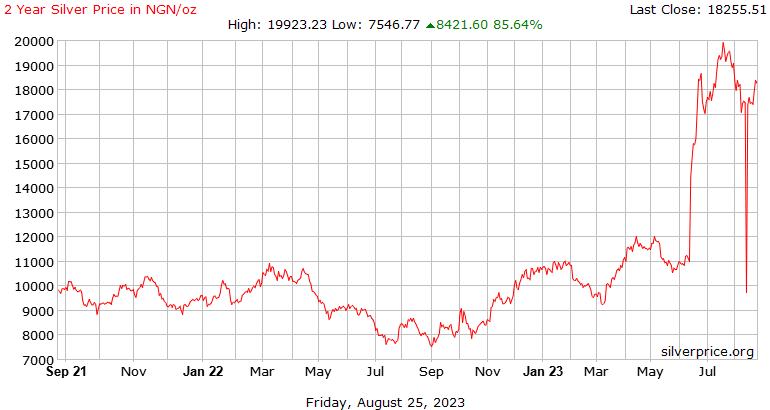 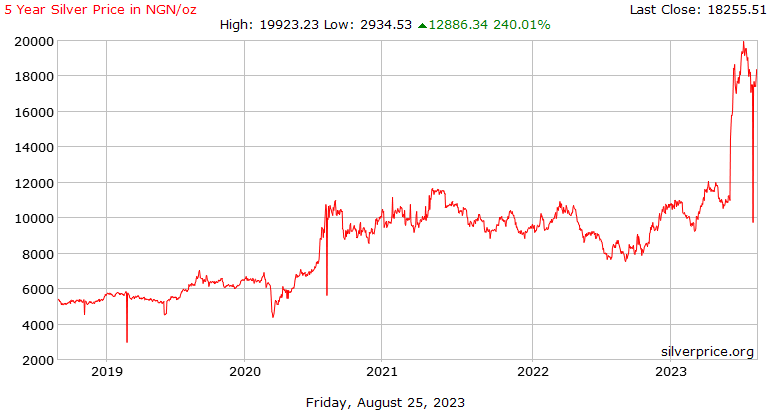 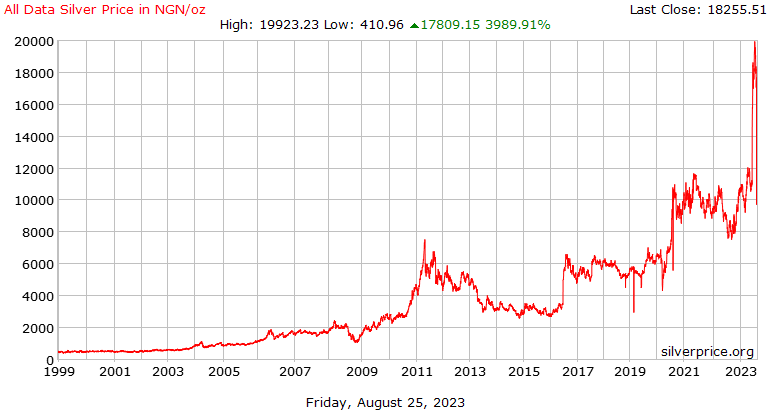 All Data Silver Price History in Nigerian Naira per Ounce

Nigeria is officially known as the Federal Republic of Nigeria. The country is located in West Africa, and it is comprised of 36 states and the Federal Capital Territory, where its capital city of Abuja is located. There are numerous languages spoken in Nigeria including Igbo, Yorubo, Edo and more, although the primary language spoken in the country is English. NIgeria became a formally independent federation in 1960 and it has a population of approximately 186 million. The nation’s government is classified as a federal presidential republic, and the nation has had a stable democracy since 1999.

The official currency of Nigeria is the Nigerian Naira. Like numerous other global currencies, the naira can be subdivided into 10 smaller units of currency called kobo. The Nigerian Naira was introduced in 1973 and replaced the pound. Although the naira was pegged to the U.S. Dollar for a period of time, the currency has been allowed to float since since June of 2016.

The Central Bank of Nigeria is in charge of issuing and controlling the nation’s currency. The central bank has numerous other major responsibilities in addition to currency management. Some of these responsibilities include maintenance of the country’s reserves, maintenance of both monetary and price stability and even acting as a financial advisor for the nation’s government. The central bank is the only institution within the federation that is authorized to issue legal tender.

Silver prices in Nigeria may be quoted in the local currency. Prices may also be available in numerous other currencies as well including U.S. Dollars, Japanese Yen, euros or Great British Pounds. Prices are typically quoted by the ounce, gram or kilo, although sometimes other local units of measure may be quoted as well.

The Nigerian economy is in the top 25 in terms of nominal GDP, and it is classified as an emerging market economy. Its economy is the largest in Africa, and it is involved in numerous areas of industry including oil refining, chemicals, pulp paper products, food products, tobacco, cement, steel, iron and more.

Although some mining does take place in Nigeria, it does not contribute significantly to the nation’s overall economic output. Even the nation’s significant oil reserves, while accounting for a large amount of government revenues, only account for a relatively small portion of GDP.

Emerging markets like Nigeria could potentially fuel further demand for silver and other metals as they expand and become more economically sophisticated. Not only could silver be used in numerous areas of manufacturing, but citizens in the country could look to add silver to their investment portfolios.

Like gold, silver has been considered a reliable store of wealth and value for centuries. The metal can play an important role in a well-diversified investment portfolio, and can potentially provide a hedge against numerous economic issues like inflation or declining paper currency values.

Silver can be bought in numerous forms including coins, rounds and bullion bars, and may see increasing demand in the decades ahead.